Menu
Menu
The official handover of the Cybercrime Laboratory (Gambia) 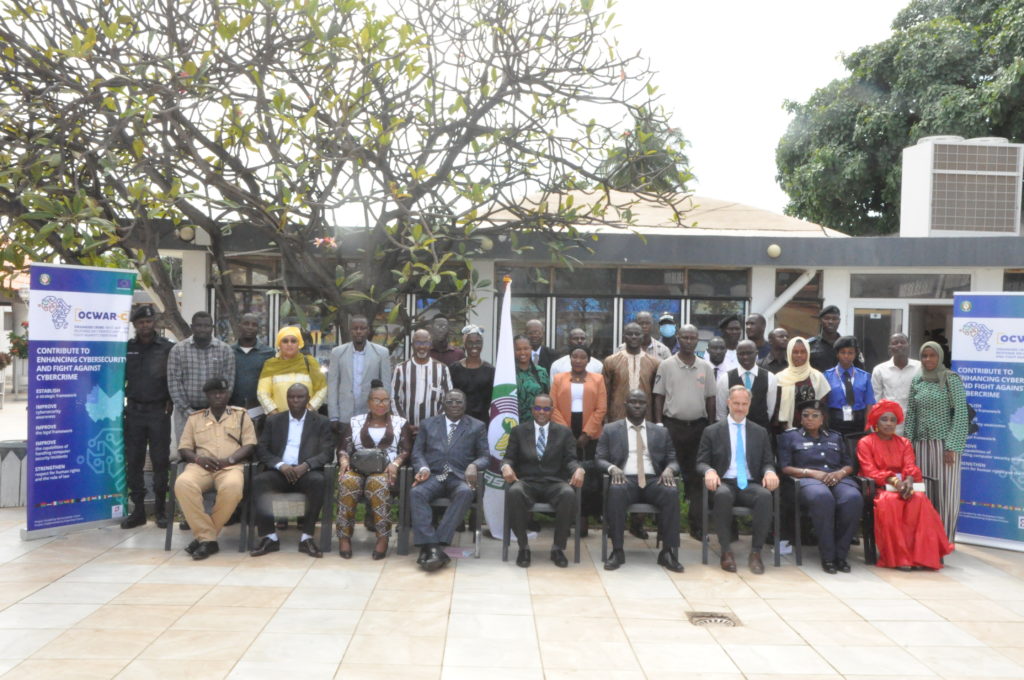 As part of the European Union-funded project “Organised Crime: West African Response on Cybersecurity and fight against Cybercrime” (OCWAR-C), ECOWAS will officially hand over a digital laboratory to the Gambian authorities on Wednesday 19 October 2022 in Banjul, the Gambia to build the operational capacity of the structures in charge of digital forensic investigations.

The official handover of the cybercrime laboratory, a digital forensic tool, to the Ministry of Home Affairs through the Ministry of Telecommunications and Digital Economy of The Gambia, will be done by the ECOWAS Commission, in collaboration with the European Union. By handing over this brand new laboratory to the Gambian authorities, ECOWAS and its partners wish to build the capacity of the Gambian police to effectively counter cybercrime in the country and to better cooperate with other Member States in terms of managing cybercrime problems.

Before the relocation of this laboratory, training was provided to the Gambian police officers to develop and enhance their capacity to process digital evidence following well-established best practices and appropriate procedures.

Several public figures are expected to attend the presentation ceremony on Wednesday 19 October. Several people will come from the ECOWAS Commission, the European Union Delegation in The Gambia, Expertise France, Ministries of Digital Economy, the Interior and Foreign Affairs of The Gambia.

The President of the ECOWAS Commission, H.E. Dr Omar Alieu Touray will be represented at this important official ceremony by Mr Sédiko Douka, ECOWAS Commissioner for Infrastructure, Energy and Digitalisation.

In his speech, Commissioner Douka will, among other things, give some examples of threats and attacks recently recorded in Africa through the “African Cyberthreat Assessment Report” prepared by Interpol, which identified online scams, digital extortion, business email com-promise, ransomware and phishing as the top five threats in Africa.

He will also give examples of threats from the Agari Cyber Intelligence Division (ACID) report which highlighted that 60% of the world’s business email compromise perpetrators are in Af-rica, specifically in 11 countries, 6 of which are in West Africa. In terms of losses, cybercrime reduced the GDP of Africa by 10% in 2021, resulting in a loss of 4 billion USD.

These examples and statistics have prompted the ECOWAS Commission and its partners to work towards ensuring a coordinated regional approach to address cybercrime issues through the launch of a cybersecurity agenda to support the securing of the common digital space, which is a growth market in West Africa. Some of the most advanced community texts on cybercrime and cybersecurity have been adopted by ECOWAS Member States, and the Commission has made the implementation of these instruments a priority during the current tenure of President Omar Alieu Touray.

The handing over of the laboratory will be followed by an awareness campaign on Friday 21 October on cybersecurity for a sample of 80 people, representing the country’s stakeholders involved in this activity, including state actors, IT managers of private structures and the general public. Digital hygiene challenges and the consideration of international good practices will be part of the topics that will be discussed during these sessions.
It should be recalled that OCWAR-C is an ECOWAS project funded by the European Union and implemented by Expertise France. Its primary objective is to contribute to improving cybersecurity and combating cybercrime in the member states of the Economic Community of West African States (ECOWAS) and Mauritania. More specifically, OCWAR-C aims to enhance the robustness and build the resilience of information infrastructure and the capacity of stakeholders involved in the fight against cybercrime. 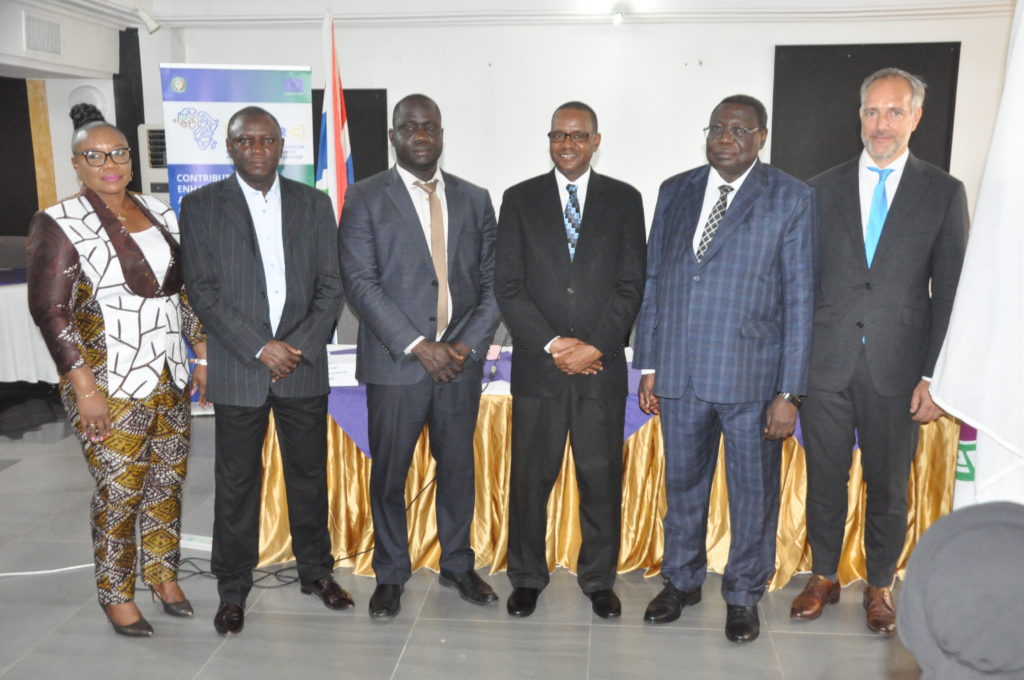 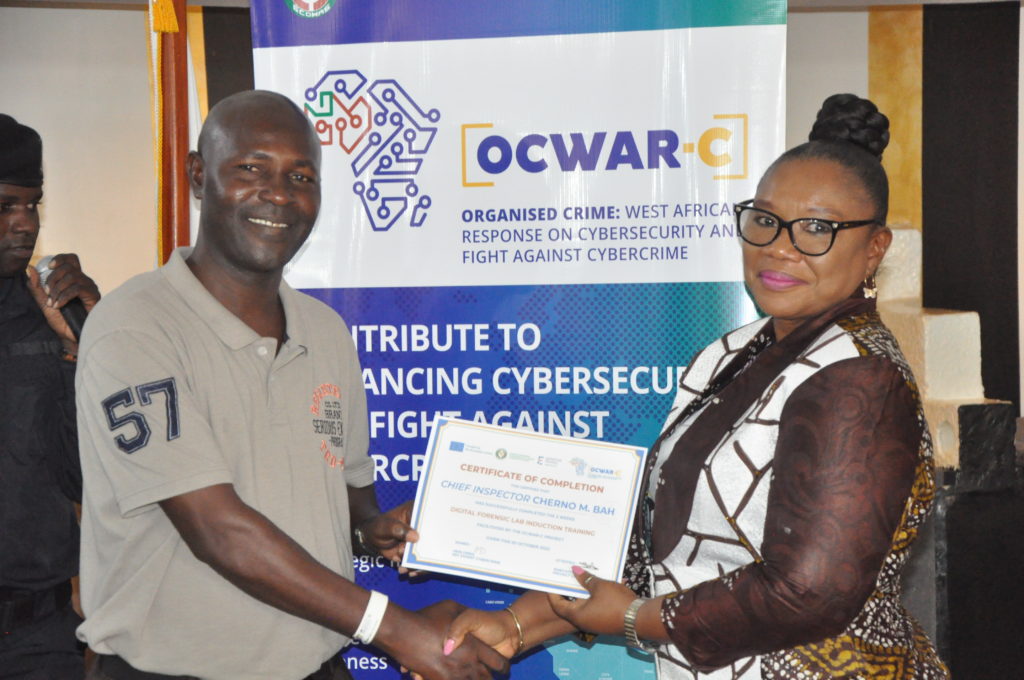 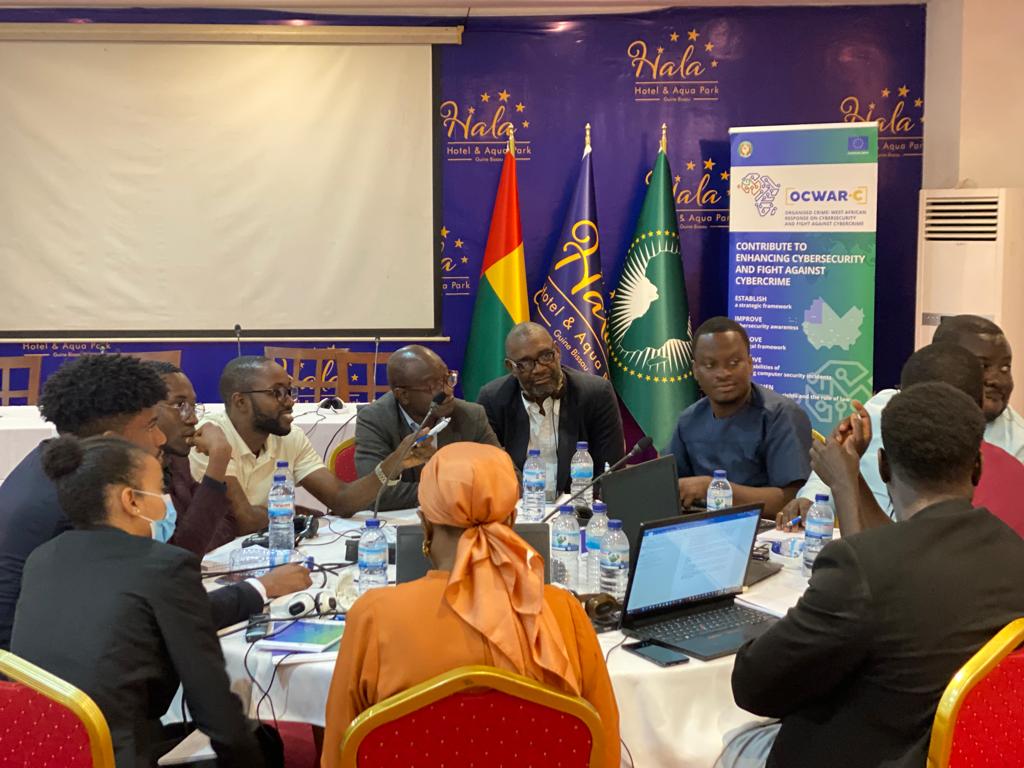 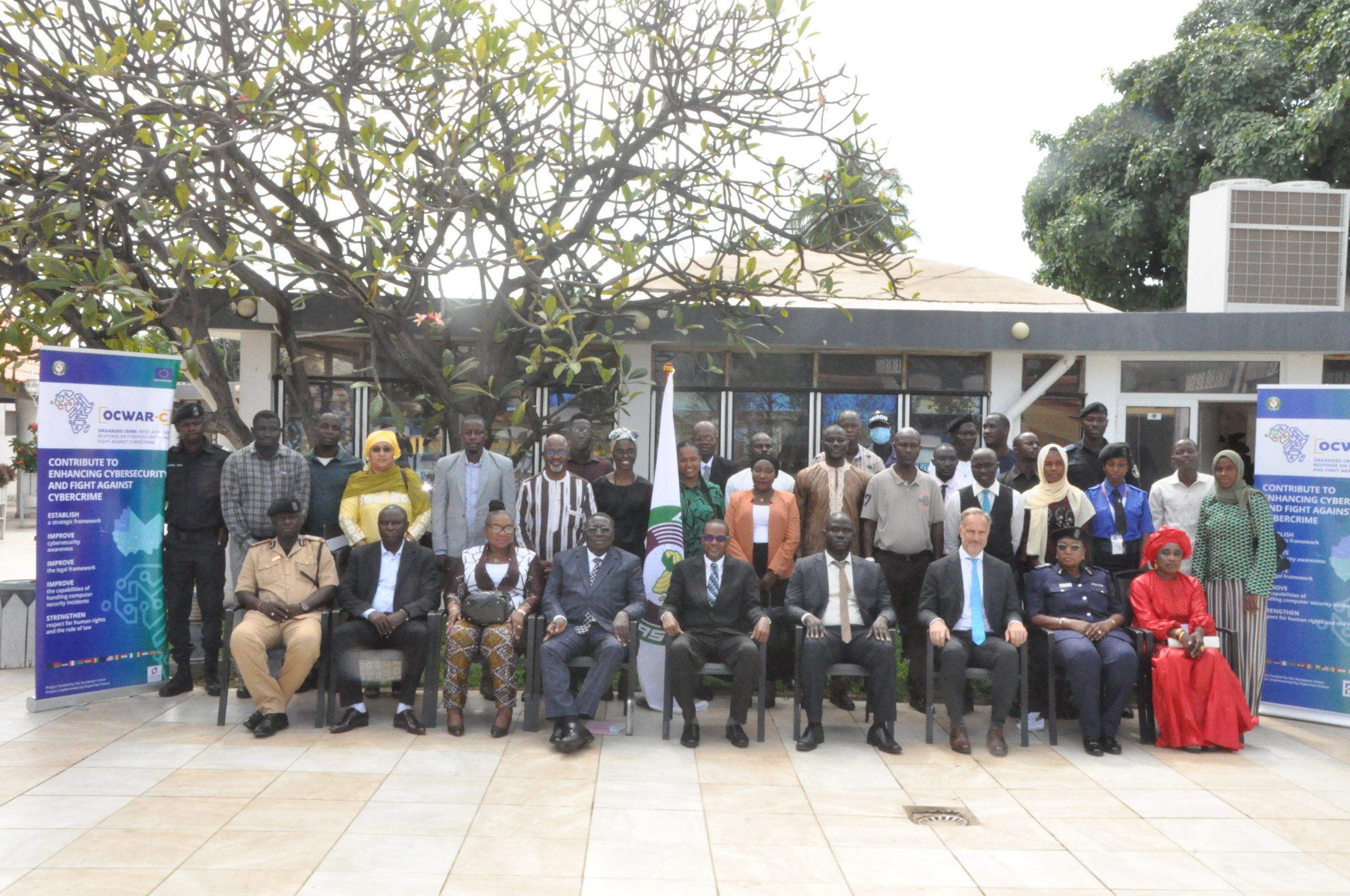 The official handover of the Cybercrime Laboratory (Gambia) 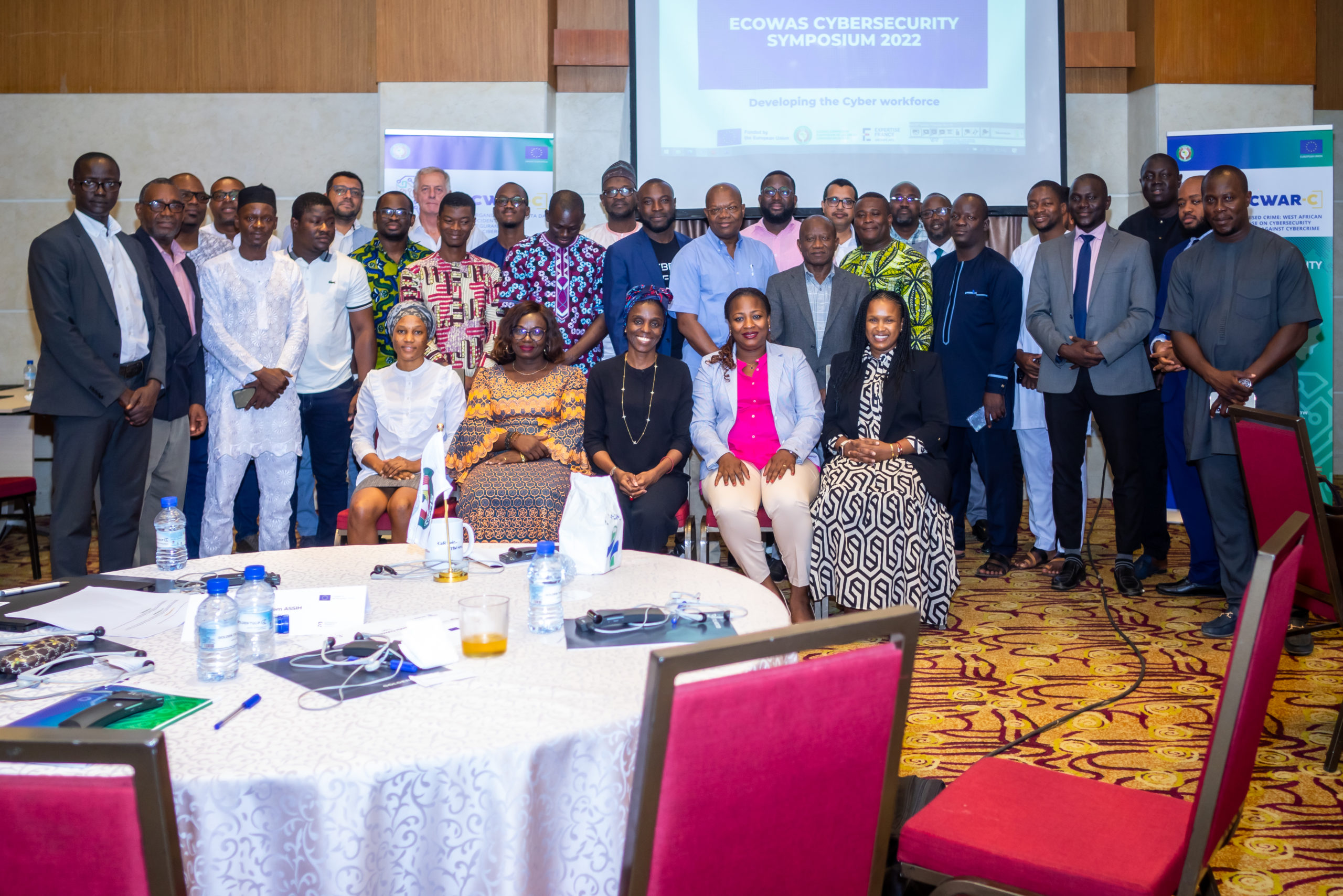 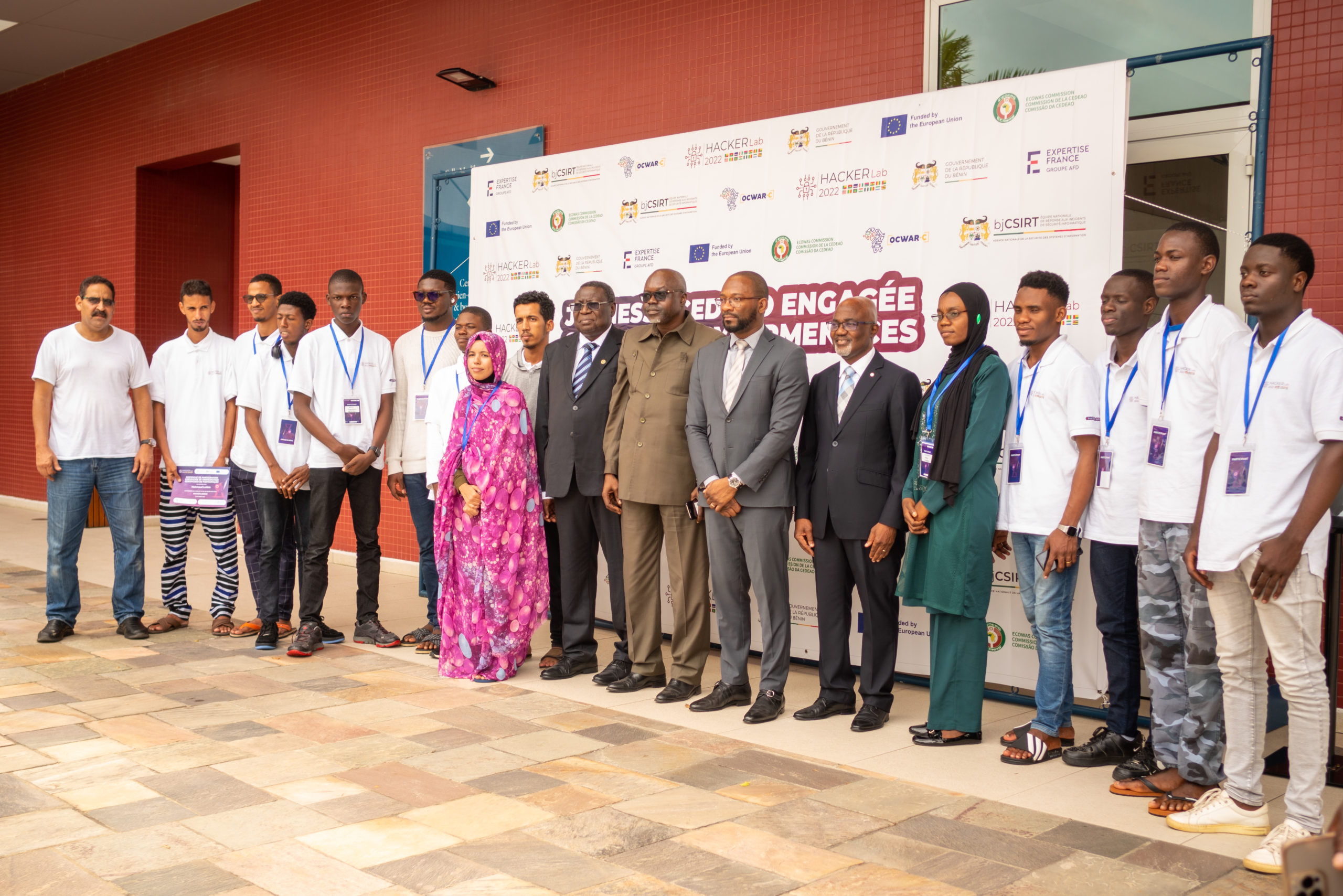 Closing of the Hackerlab 2022 final (Benin)